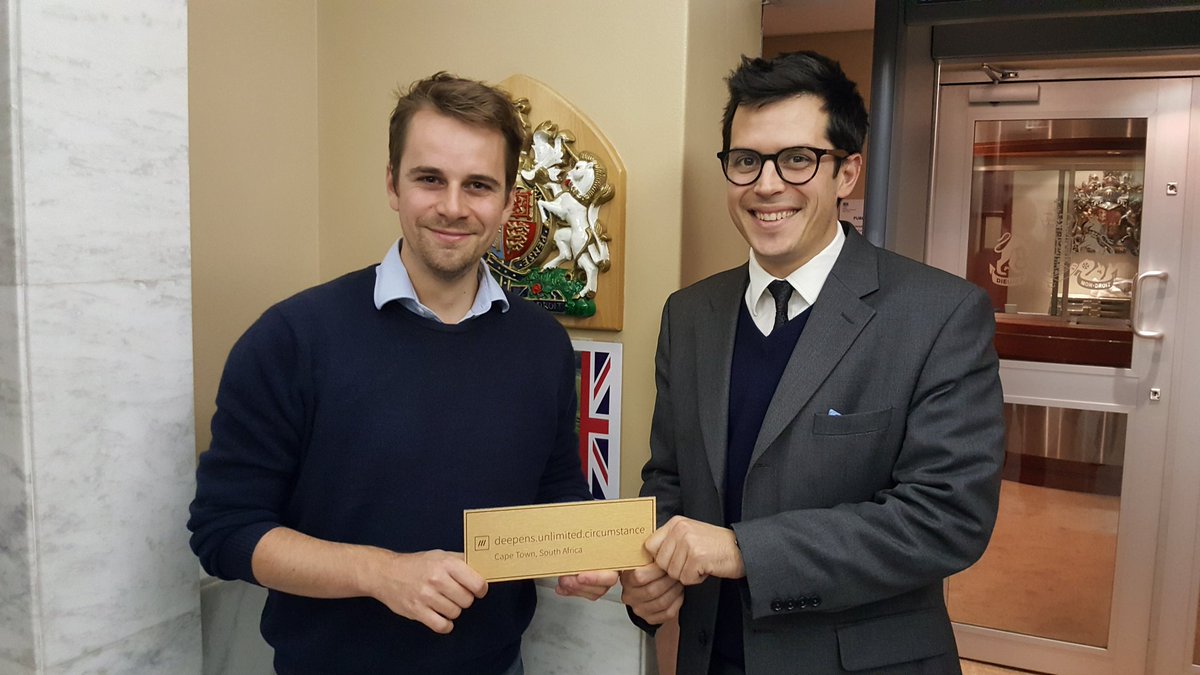 The British Consulate Cape Town, South Africa has been presented with its own 3 word address sign, making it the third overseas mission to adopt the what3words addressing system.

what3words Partnerships Manager Will Johnston paid a visit to the consulate to present the sign to Ed Roman, the British Consul General in Cape Town.

The British Consulate General in Cape Town represents the UK government and provides services to British nationals in South Africa’s parliamentary capital, and the 3 Cape Provinces. By adopting 3 word address signage, visitors to the consulate now only need 3 words – ///deepens.unlimited.circumstance – to find their way there.

This follows in the footsteps of two other overseas missions – the British High Commission in Cameroon and the British Embassy in Mongolia, both of whom are using what3words to help visitors find them more easily.

what3words gives everyone and everywhere a 3 word address. It’s precise, simple and unique. And it’s changing the way people and business talk about location.