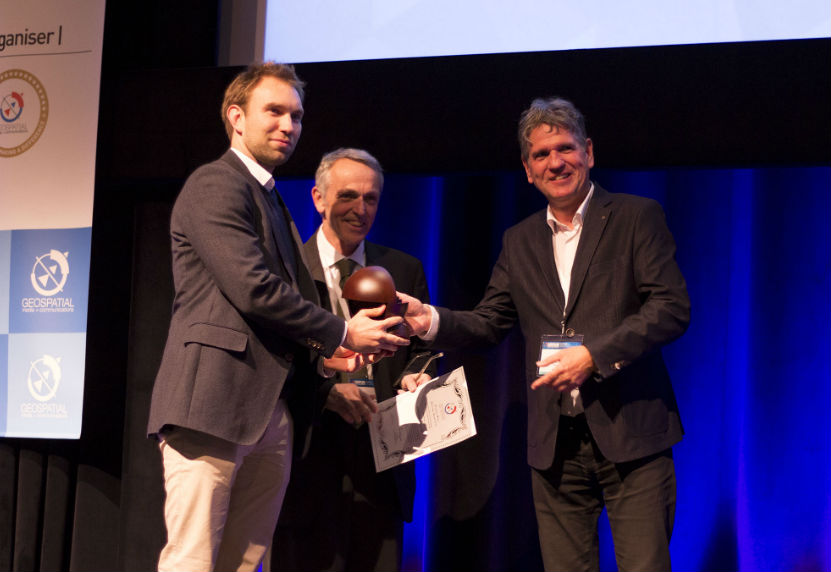 Awards: Geospatial Startup of the Year 2015

what3words has been chosen as Geospatial Startup of the Year for 2015. The award shall be presented during the Geospatial World Forum on May 25, 2016, at World Trade Centre, Rotterdam. The jury, comprised of renowned professionals representing industry, academia, government and multilateral organisations, met in December ‘15 to select this year’s Geospatial World Leadership Awardees.

“Innovative startups like what3words help the geospatial industry to grow through unique and innovative business models. Geospatial World Leadership Awards Jury has recognised the company’s inventive addressing system that aims to cater to 4 billion people around the world who have been deprived of formal addresses. I would like to compliment what3words for having been selected as Geospatial Startup Company of the Year,” said Sanjay Kumar, CEO, Geospatial Media and Communications.

The jury recognised that what3words secured a series of investments over the last few years and attracted a pool of experts to join its team. Consistent investments by different types of investors have given strength and credibility to its unique concept of bringing innovation in a universal addressing system. 2015 has been an exceptional year for what3words as it has successfully communicated its agenda and offering to the world community. It has grabbed the attention of international media and multilateral organisations like the World Bank and United Nations. what3words also entered into a series of partnerships and collaborations with geospatial stakeholders last year, extending its outreach and coverage.

“Geospatial data is crucial to the operation and efficiency of businesses around the world but its use is hampered by difficulties in communicating locations simply and consistently. This fantastic accolade from a group of renowned independent industry professionals reinforces the growing support of 3 word addresses in GIS tools across the globe including Esri, 1Spatial, Safe Software, and adoption from governments and multinational businesses,” said Chris Sheldrick, Co-founder, what3words