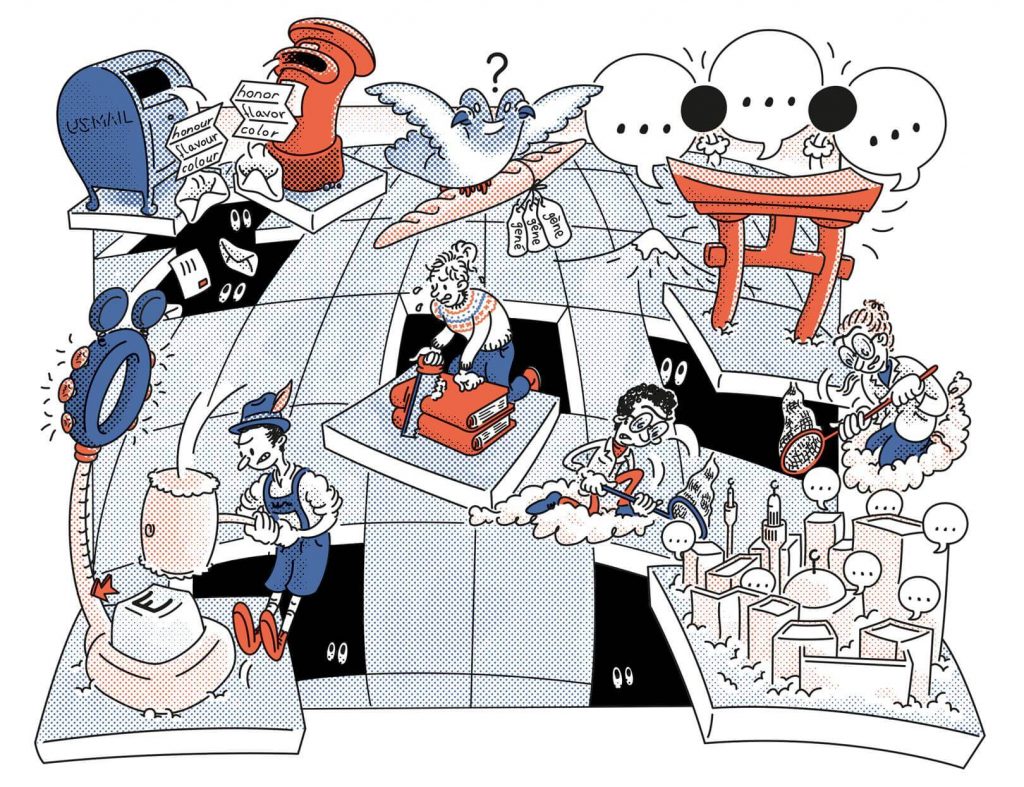 What is a word?

what3words? First, you have to work out what one word is…

For English speakers, that’s a pretty easy question to answer. If it’s a string of intelligible letters with spaces both sides of it, you can be pretty sure it’s a word. History is one word. History teacher, two. Green and house and greenhouse are all single words. (Right? Well, mostly. Is we’ve one word or two? Also, why is bookshop one word but clothes shop two? That’s another story.)

Each of what3words’ language maps is an entirely independent product – they aren’t exact translations of each other. One reason for this is languages don’t agree on what should be a single word. For example, the English 3 word address ///railway.snowman.seafood would be ///chemin de fer.bonhomme de neige.fruits de mer in French, while ///pommier.piscine.douanier translates exactly as ///apple tree.swimming pool.customs officer.

Here in the Language Lab, we spend a lot of time on each new map language we launch. We work with a large team of native speaking consultants and need to finish each of these projects with 25,000 words everyone can agree on – that’s how many we need to map the whole world.

Trust me, it’s not always as easy as it sounds, and our job is made much easier in languages that fuse words together to make endless longer ones. Take German, where Apfelbaum (apple tree), Apfelkuchen (apple pie), Apfelsaft (apple juice) and Apfelpfannkuchen (apple pancake) are all acceptable single words. (Incidentally, so is Rechtsschutzversicherungsgesellschaften – a monster of a word that means ‘insurance companies providing legal protection’ – but we thought that was a bit long, even for a German 3 word address.)

In all these examples, there are spaces on both sides of individual words that mark their beginning and end. However, many languages around the world are written with very few spaces at all, and the concept of a ‘word’ isn’t necessarily something speakers have to think about. In Thai, certainly one of the most interesting language projects we’ve worked on at what3words, the term for ‘school crossing road sign’ is written without any spaces – เครื่องหมายทางข้ามโรงเรียน. Many people will tell you Thai is a monosyllabic language – i.e. each syllable makes up a single word – so word for word it would be chopped up as:

While others contend that distinguishable concepts are where the breaks occur, i.e.:

Some even claim that the entire thing is a single word in itself!

We worked with a large team of native Thai speakers, who discussed the various issues together at length, but decided individually on what distinguishes a word from a phrase.

Every language is different. That’s what makes them so interesting to study. It’s also why we take such care when localising our product, so 3 word addresses feel natural to everyone, whatever language they speak.

With thanks to our ever-wonderful what3words language consultants:

Read Wired’s article: How do you translate an address into 26 languages