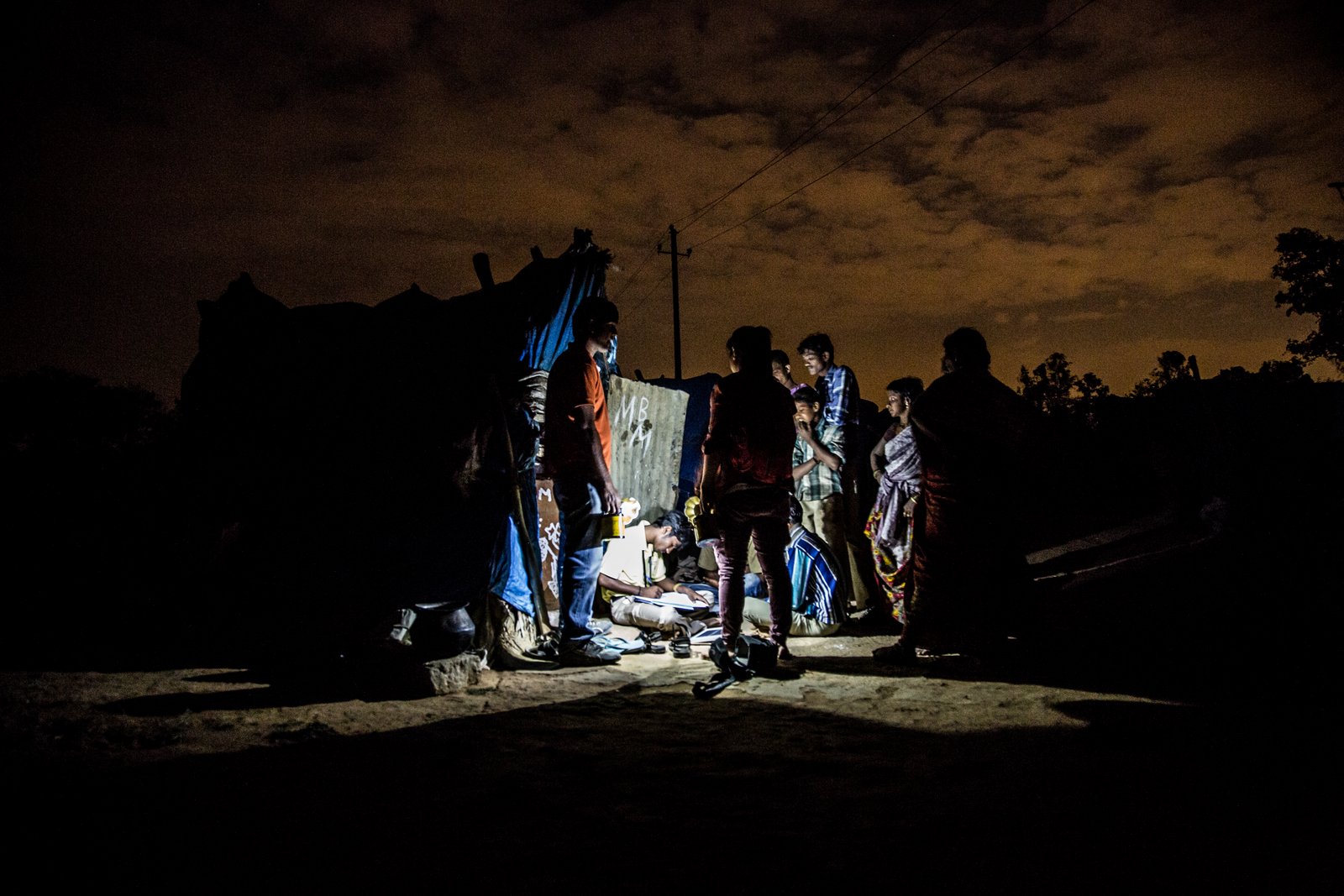 306 million people in India do not have access to electricity. That’s 25% of the population. Without electricity, people resort to burning kerosene for light; a dangerous fossil fuel that was considered an innovation 170 years ago. What’s worse, almost 10% of an individual’s already modest weekly earnings go towards burning this unsustainable resource.

Pollinate Energy are tackling the epidemic of ‘energy poverty’ by supplying low-cost solar, energy-efficient lighting directly to the communities in need. Families are now able to access cleaner, cheaper energy on a flexible payment plan, leading to a safer and healthier life.

Energy-efficient lighting is provided to customers via a network of ‘Pollinators’ – local entrepreneurs that are provided a ‘business-in-a-box’: everything they need to run a micro-business including a loan for stock and a smartphone. Along with the health and cost benefits of the product itself, Pollinate Energy is providing employment to local people.

Operating in slums however poses a unique set of challenges. It’s not only energy that informal settlements lack, but street addressing infrastructure too. In the early days, Pollinate Energy would use GPS coordinates to identify where their customers were. While this was a better approach to describing a customer’s address than ’50m from the entrance, take a left and second tent on the right’, using latitude-longitude pairs to communicate location is difficult and error-prone for non-technical people.

Pollinate Energy needed a simple, scalable addressing solution – it was through a volunteer that they were introduced to what3words.

what3words is the simplest way to talk about location. It has divided the world into 3m x 3m squares, each with a unique 3 word address, for example ///gazed.across.like

People find it easy to remember three words. The use of words means non-technical people can communicate precise location quickly, easily and with less ambiguity than any other system. The what3words app is free, works on even the most basic smartphones, has built-in error detection & can work in places with poor or no mobile reception.

Using the what3words mobile app, Pollinators are able to find a customer’s 3 word address and record it with ease. The data is captured and uploaded to Pollinate Energy’s Salesforce cloud software when a connection is available. Pollinate Energy then visualise their customers on a map along with key information such as who lives there and the impact their energy supply has. 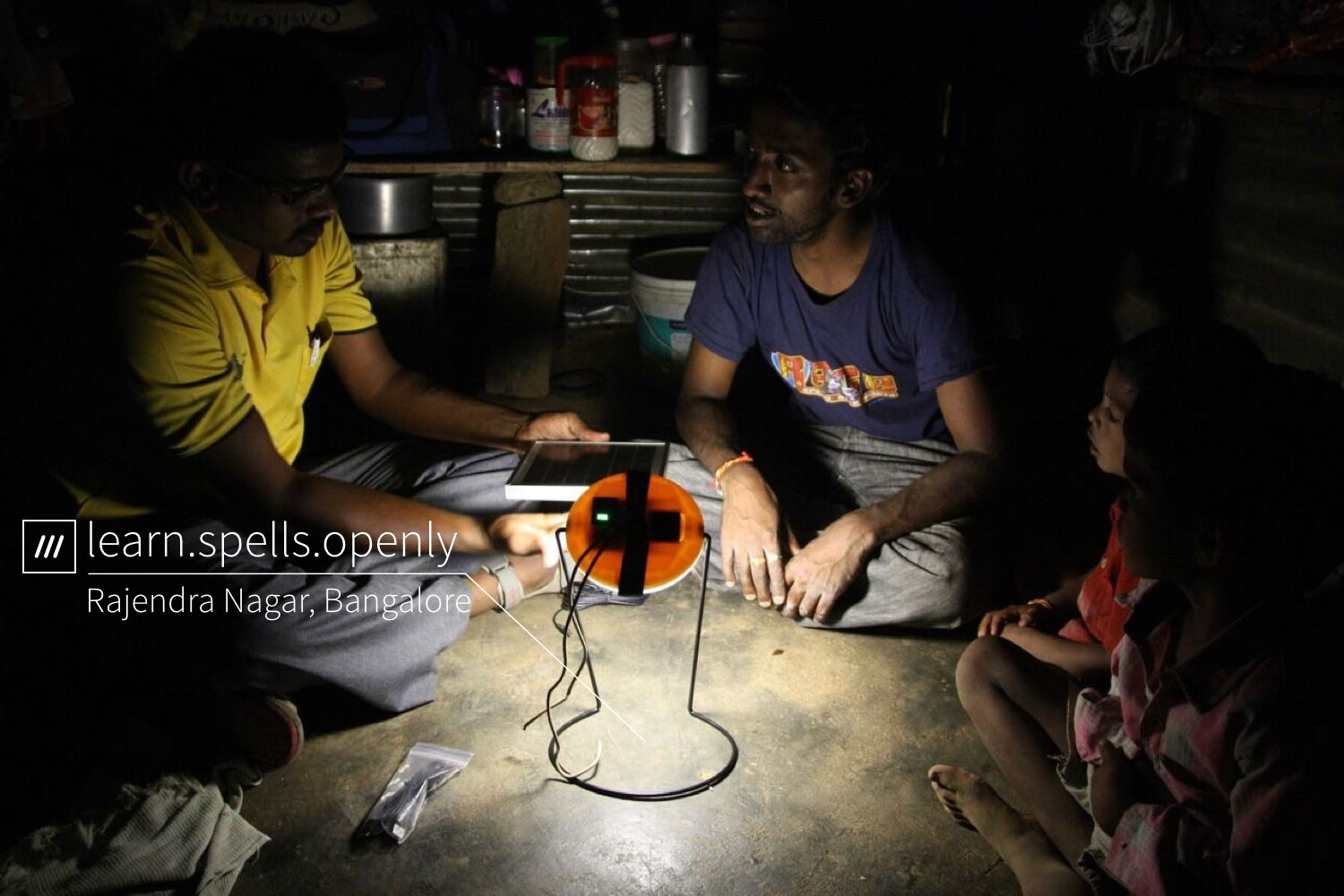 When a customer visit or survey is required, Pollinators can simply take the 3 word address and enter it into the what3words app to get directions to the customer.

“As of right now over 45,000 individuals have benefited from Pollinate Energy’s distribution, collectively saving almost 2m tonnes of CO2″, said Ben Merven, Co-founder and COO of Pollinate Energy, adding that “what3words’ simple addressing system can help us efficiently service those individuals and scale the business faster.”

One such customer is 27-year old mother of four, Lakshmi. As a 12-year old, Lakshmi travelled 250 miles to find a better life in Bangalore. Her family now occupies one of dozens of tents in a slum left untouched by essential utilities including sanitation facilities and an energy supply. Before a solar lantern was installed, the family were unable to do anything after dark except sleep. Lakshmi now makes use of the new time in the evening with new activities such as cooking and sewing.

The family is saving 500 Rupees every month – equivalent to 15% of the family’s income. In addition, Lakshmi is earning additional income for the family as a ‘Worker Bee’ at Pollinate Energy; an advocate telling other families about the benefits of efficient energy.

‘Electricity is a fundamental tool for development and Pollinate Energy are doing amazing work’ Chris Sheldrick, Co-founder and CEO what3words, ‘It is fantastic that 3 word addresses can help them deliver light to those who need it most’.